Its an amazing story about one martial arts journey through marriage, fatherhood, and battles. Read more

Princess in the Prince's Harem


Kaoru Nagase was caught up in a mysterious phenomenon and died when returning home from work. It was because of a time-space distortion that a higher life form was cleaning up, but she was able to receive a younger body and the ability to create any potion she wanted in another world! Kaoru, who’s now a rather sharp-eyed 15 year old girl again, will work hard for a peaceful life in another world! Eh, as a commoner she doesn’t understand the thinking of nobles? She’s now stuck in a delusional story that she’s trying to escape from? Hey, this is different from what... Read more


Linley is a young noble of a declining, once-powerful clan which once dominated the world. He has large aspirations and wants to save his clan. Linley's journey begins with an accident when he discovers a ring. He took a liking to this ring, which had a dragon carved coiling around it. Upon being injured during a battle between two powerful fighters he discovers that his ring is not what he thought it was and possesses powers beyond his imagination. Based on the Webnovel Coiling Dragon: http://www.wuxiaworld.com/cdindex-html/ Read more


A grittier and more mature interpretation of the Powerpuff Girls we all know and love.You'll learn of Utonium's tragic story and his struggle to continue living with his only family remaining, Mojo Jojo. (This is merely fanfiction and we do not own the rights to said tv show.) Read more


from KEFI: A tranquil tale about two boys from very different upbringings. On one hand you have Kai, born as the son of a prostitute, who's been playing the abandoned piano in the forest near his home ever since he was young. And on the other you have Syuhei, practically breast-fed by the piano as the son of a family of prestigious pianists. Yet it is their common bond with the piano that eventually intertwines their paths in life. -Some chapters have been removed at Entropy's request if you would like to read them please visit their site Read more


In an alternate-universe Meiji era Japan, Misono Kimiyori, a fourteen year old boy from an impoverished noble family, begins to work in the Palace to alleviate his family's debts. There, he encounters the Girl Emperor, Akiko. This meeting is the start of an interesting new relationship. Read more


From Aerandria Scans: One day, Mizuho, a university student, receive news that her classmate in high school, Origuchi Haruka, passed away. Mizuho doesn't remember being best friends with Origuchi, but apparently, Origuchi told her mother that Mizuho was her best friend. And now, her mother wants Mizuho to help her find the boy Origuchi dated during high school. Mizuho told Origuchi's mother that Origuchi was a very plain girl, and she was never seen with a guy, but her mother told Mizuho that Origuchi got pregnant and had an abortion when she was in high school. Mizuho was shocked, but she... Read more


Lady Qian Yunxi from the prime minister mansion had supernatural energy since her childhood, and she was kept in Lingyun Mountain because she was considered as an ominous girl. When she was 16, she substituted her younger sister Qian Yunshang and married into the Night King Mansion. It was said that the Night King was eccentric, cool and cruel. What sufferings would Qian Yunxi encounter… Read more


Zheng Qian, an ordinary college student, accidentally found a second-hand copycat phone. When he opened the phone and found that WeChat could connect with the local government circle of friends, he felt that the world was exceptionally beautiful. Read more


Xiao Luo is an ordinary young man, who unexpectedly gained a powerful system. You need decades of hard work to gain skills and knowledge. I only need to redeem points to get them at my fingertips. Let’s look at Xiao Luo with his peerless genius system. Read more


In the Canglan Continent, there existed a rule: only those who managed to awaken a Martial Spirit were able to pursue the path of cultivation, and a Martial Spirit’s rank was determined when it was awakened. Born in Linshui City, Qin Nan was a peerless genius who possessed great talents and was highly anticipated to become a great cultivator in the future. However, things changed when he ended up awakening the lowest-grade Martial Spirit, resulting in him being considered trash. Fortunately, when Qin Nan was struck by a ray of lightning at a young age, he coincidentally obtained the atavistic... Read more


The year is 2017, in the city of Tokyo an idol group known as DOLLS is fighting against extraterrestrial monsters known as Pygmalion. Those who get attacked are deprived of their emotions and memories. If they're consumed, their very existence is wiped from the minds of everyone and the world itself. The girls who died and became "dolls" are the only ones capable of fighting against the Pygmalion threat. Another doll suddenly appeared before the girls during a battle, who in the world is she!? New original story based on the tap-action bishoujo game [url=http://www.projecttokyodolls.jp/]Project Tokyo Dolls[/url] by Square Enix.... Read more


President’s Priceless Wife Comics Online. Tang Ke Ran got drunk and slept with a strange man, she ran away the next morning, not knowing that she was pregnant … After her family encountered a great change, she went abroad. Years later she came back and met with that man again. What kind of story would happen among a hacker son, a smart daughter, a president dad, and a mother who’s good at muddling through…? Read more


Drugged by her own sister for money, Xiaomo didn’t know what was happening when she woke with a gorgeous but domineering man in her bed. She ran and ran but she would soon discover he was their nation’s prince?! What’s worse, she’s pregnant with his child…can the two live happily ever after? Read more


There’s no doubt secretary Lee Gayoung is the weakest link at her illustrious financial firm. She didn’t graduate from a top university, nor is she particularly talented at anything. But she’s determined to work hard and repay the kindness of the mysterious “Mister Long-Legs,” an anonymous good samaritan who has provided for her ever since she lost her family in a terrible accident. Only one person stands in her way: Cho Yisun, the cold-hearted company president who always seems to catch Gayoung at her worst moments. It’s only a matter of time before President Cho fires her… or is there... Read more


ChenXian passing another world into a stupid girl, the day her husband married his concubine, she came to celebrate, immediately she made that concubine embarrassed in front of everyone… Read more


In the 24th century, the first person in the power world, Luo Qingtong, magically crossed to the real world of another world. Since then, she has opened the way to the revenge of the deposed woman in the lower country. Fighting the villains and slag Read more


She is the strongest cultivator, and she crosses through into another world. On one hand, there’s a family who bullies and mistreats her. On the other, there’s her fiancee who insults and wants to… abuse her? Heh! If you go against me, you will die. But if you obey me, you will prosper! It’s just that… this beautiful royal scholar is always casting secretive glances at her? Says the royal scholar: “Have you slept for so long that you won’t acknowledge your debts anymore?” Read more


Priscilla Motia works as a sorceress at the mercenary corps, but was once the only daughter of a countess. Until her father died, and her stepmother made a fortune from selling their valuables to her divorced husband who was 10 years older… In an accident while working as a mercenary, Priscilla got her hands on the Dragon Heart just before she dies… This is a chance to take back the 15 years that she lost! She is determined to go on a big adventure. “You’re back!” But what awaited Priscilla was a huge debt caused by her evil divorced husband.... Read more


Peach Blossoms summary is updating. Come visit MangaNelo.com sometime to read the latest chapter of Peach Blossoms. If you have any question about this manga, Please don't hesitate to contact us or translate team. Hope you enjoy it. Read more

Prince Of Silk And Thorn


As princess of Krashna, Maeva has always gotten her way. But when she is sent to marry the third prince of Jora, Haruk, she has little choice in the matter. Due to an impending war against another kingdom, it is her duty to marry him and solidify the alliance between Jora and Krashna. However, the third prince proves to be unenthusiastic, lazy, seemingly unemotional, and extremely unmotivated. Still, Maeva hopes that by getting close to him and gaining his love, her country would benefit politically. Yet she can’t shake the feeling of something strange…that there is more behind his expressionless,... Read more


The delightful and brutal life of living with a robber! Ji Ho ends up missing the deadline to apply for a dorm due to a slip of carelessness but luckily a sunbae from his major helps him get a room nearby. Unfortunately, not even half a day after moving in he gets attacked by a robber. After managing to get away, Ji Ho later comes back home to see the robber shedding tears over the novel he wrote in high school...But this robber, with the reason of wanting to continue reading his unfinished novel, asks to live with him in... Read more

Picking Up A Shool Beauty To Be Wife


one of the China’s first secret soldier, Luo Feng returns to the city, becoming the most successful student in Zijing middle school! there are so many school beauties, which one of them can get into his eyes? Read more 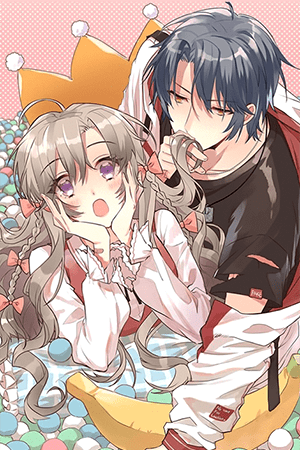 
Yu Mang Mang, a senior student who is graduating soon still doesn't have a boyfriend. That is because she's surrounded by rumors ever since she was in high school and it caused her to have no friend at all when she entered the university.<br>Yet on the day of her intern interview, she met the campus king, Lin You. The scary part is... that Campus King is going to live in her house?! Under the same roof, he started to show his "devil" side... Read more


From Blue Cupcake Scans: Two years ago, Ouji Shuichi, a highschooler who is a little eccentric, found Okamoto Kazuya and announced something strange, “You are my destined prince”. However, Kazuya did not fully fall in love with Ouji. Two years later, Ouji considers him a confindent friend. He goes to him to confide his heartaches. Kazuya has hidden his affection behind their friendship. Knowing that Ouji is fragile without his friendship and support, he fears revealing his love. Read more


There are some days when it'd be better to just stay in bed... so says Kazuma, an apprentice demon-hunter, on the day when he finds a strange creature in the forest. It's not a bloodthirsty monster, but a young half-human, half-dog girl. Just what type of creature is she? And why does Kazuma sees her at his school right after escaping from the encounter? Read more


From JanimeS: Princess is a very straight forward and sad series. This series is full of romance and politics. The background is an unknown medieval era where there are three countries. Among the three countries, there is an island country called "Ramira". The empire, Ramira, is where most of stories will unfold. There are generations of princesses, and the first 27 volumes set the story for the eventual regaining of Ramira by the greatest Empress of Ramira, Preia, who was beloved by the people and had many loyal men under her. Read more